Mr. Bentley has experience leading three companies from start-up through successful liquidity. Mr. Bentley is currently President and CEO of Ameritech College and a founder of IQU Corporation, which is a holding company for Ameritech and other related companies.

Mr. Bentley received degrees in Physics and Mathematics (Computer Science), with graduate work in Astrophysics, from Brigham Young University. He spent 22 years with IBM Corporation where he was selected for IBM’s Executive Resource Program. Through this executive development program, he was moved into senior management responsibilities

During his IBM career, for several years he managed key portions of IBM Europe and developed European nationals to succeed him in that position. He also led IBM’s efforts to develop and launch two of the most successful products in IBM’s recent history: the AS400 & RS6000 computer systems that have generated over $100 Billion in revenue for IBM over the last decade.

Mr. Bentley was recruited away from IBM by Bonneville International Corporation becoming President of Bonneville Telecommunications Co, which operated Bonneville’s Satellite and Data Communications businesses. He later was drafted to run Equatorial Communications Corporation, a public company that developed and patented the first 12” digital satellite technology and data services which have evolved into the television delivery systems offered by Direct TV network.

After Equatorial was acquired by a major telecommunications company, he led numerous entrepreneurial businesses, serving as CEO of several different technology companies, both public and private. 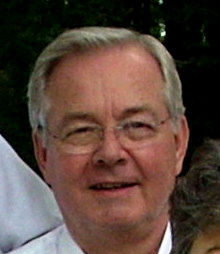